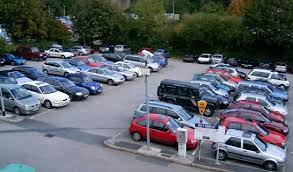 Shortly after the school year began, many parents expressed their concern about the parking and driving around Hassell which was putting the safety of children at risk. Initially, I sent out a letter to all parents asking them to be considerate in the way they drove and parked, and to adhere to some basic guidelines to make the dreaded drop off and pick up a little safer.

However, it was recognised that this approach was not necessarily a long term solution to the problem. As such, I contacted Newcastle Borough Council to see if they could help and after three months of pestering and complaining, I finally got a meeting with Joanne Halliday at the Civic Offices.

I was afforded the opportunity to discuss the concerns parents had and make suggestions in how we could work in partnership to reduce the parking issues and improve child safety. Cutting a long story short, Joanne agreed to look into the possibility of increasing the number of ‘parking passes’ available to parents; perhaps providing additional parking spaces at the Windsor Street car park (near to the school) and the Hassell Street car park (slightly further up the road near to West Street).

There is no guarantee that this offer will materialise, but I remain hopeful.

Attached below is the initial response following the meeting. Naturally, I will update you all when I hear more.